VIAREGGIO CARNIVAL TO THE CONQUEST OF NEW MARKETS

Artigiani Digitali brings together, for the first time, seven masters of papier-mâché in a marketing project: brand, communication, online catalogue and web platform.

Supporting the businesses of the Viareggio Carnival on markets where creativity and skill find space thanks to all the artistic and artisan skills of the papier-mâché masters.
A great development potential which, in addition to enhancing the unique and typical artistic / craft skills of the Viareggio event, will probably become the entrepreneurial quality of the companies involved, also with positive effects on employment and economy.
With this aim, digital Carnival Craftsmen are born which involves, for the first time, seven masters of papier-mâché gathered in the Temporary Business Network in a project curated by NAVIGO, a company for innovation and development of boating.
Among the outlet markets that could evolve interesting perspectives, committed and billed to these original craftsmen, there are sectors such as boating, fashion, the media, major brands of food, infrastructures, scenographic installations, fine arts, large fairs, advertising agencies and street furniture, for a few examples.
The project – which obtained the financing of the Region of Tuscany for the value of 260,400 euros (with a contribution of 195,039.60 equal to 74.9%) – envisages the creation of a system of innovative actions including the creation of an online catalog of services , a brand and a multi-channel communication campaign that allows effective visibility towards public individuals, a showcase platform and website, social and web channels ad hoc for the birth of a community and specific training for the craftsmen themselves to long-term sustainability of the project.
The tradition of the Viareggio master tank drivers has its roots at the end of the 19th century. At the end of the century, triumphal floats appeared on the parade, monuments built in wood, scagliola and jute, modeled by local sculptors and set up by carpenters and blacksmiths who worked in the shipyards in the dock. From the first fashion show of 1873 to today, the fame of the Corso Mascherato di Viareggio has grown over the years hand in hand with the growth in the size of allegorical floats.
Over the years, the workers have been handed down from generation to generation, producing increasingly spectacular works that combine creative skills, artistic and craftsmanship, use of innovative materials in construction and coloring, innovation and implementation of mechanisms and technologies for movements.
Digital Artigiani del Carnevale intends to dare to boost their entrepreneurial skills, communicative potential and commercial strength.
The participating companies are: Alessandro Avanzini (project leader), Jacopo Allegrucci, Luca Bertozzi, Edoardo Ceragioli, Fabrizio Galli, Carlo Lombardi and Roberto Vannucci.
“We are proud to be able to put at the service of the master craftsmen of the Carnival – underlines Katia Balducci, president of Navigo – our expertise in innovation in the creation of this special network of artisan businesses and to accompany it to compete on new markets. Flair, creativity, experimentation and innovation are themes common to two worlds, nautical and carnival, apparently distant, but close as shown by the history of one of the most important show events in the world “. 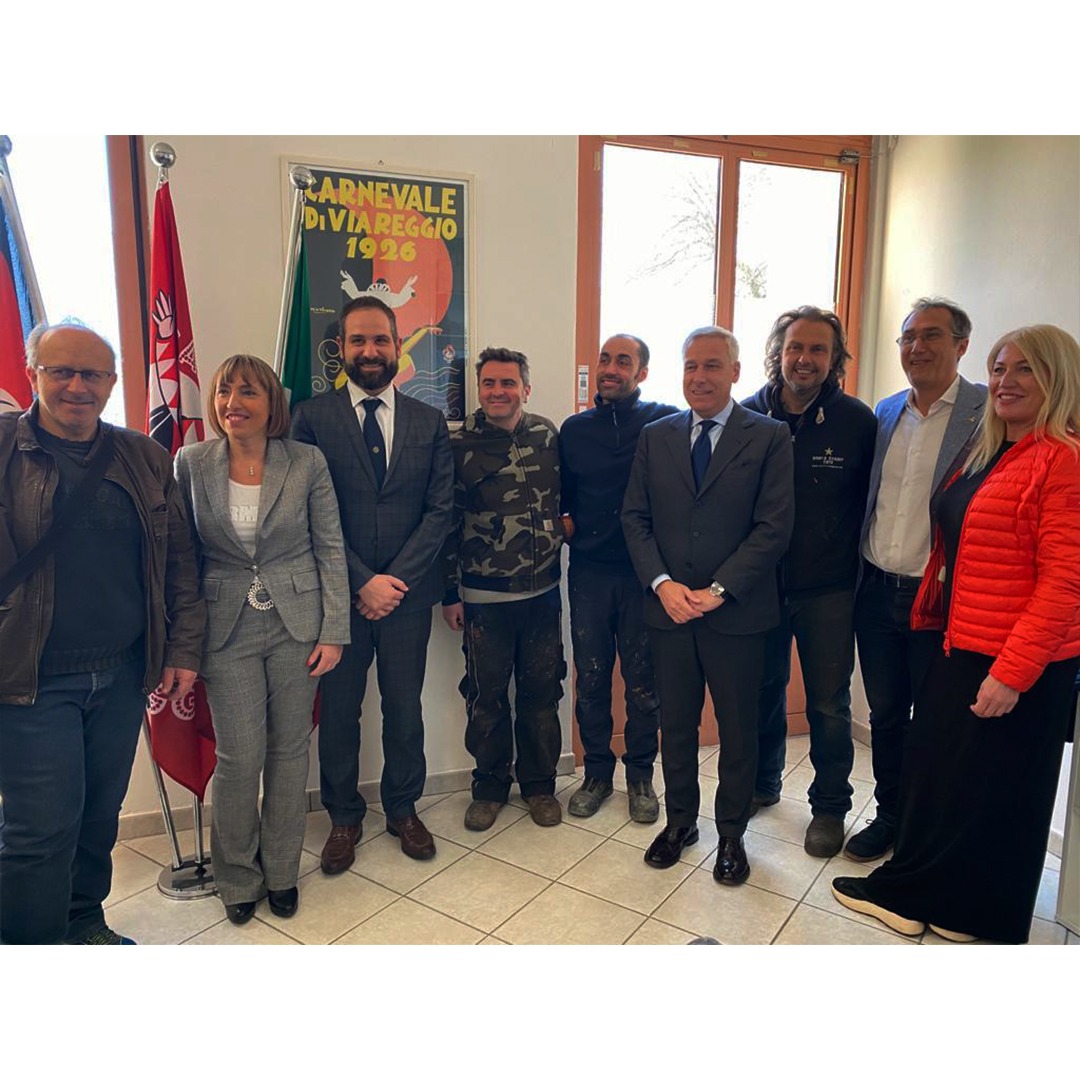