VIAREGGIO PORTO 2020, TALK SHOW AND MUSIC BY PUCCINI AT THE MADONNINA

NAVIGO organized on 18 September 2020, SEASON by SEASON event, on behalf of I CARE Viareggio, company in “house providing” of the Municipality of Viareggio that manages the La Madonnina berths, the Ceina and Antonini docks.

A moment to celebrate the rebirth of the port of Viareggio, which NAVIGO also follows from the point of view of strategic and operational consultancy.

An appointment that marks the first of a series of meeting moments with yachtsmen and, in this first edition, has taken stock of the redevelopment project which aims at a broad and general improvement of the conditions of usability, economic and environmental sustainability of Viareggio Porto 2020 for the city and for Tuscany.
The talk show hosted by the journalist Claudio Sottili saw the participation of Giorgio Del Ghingaro, mayor of Viareggio, Moreno Pagnini, president of iCare and Pietro Angelini, general manager of NAVIGO.
The evening was enlivened by a musical moment with the artists of the Puccini Festival as protagonists: the soprano Silvia Pantani and the pianist Silvia Gasperini gave some arias taken from Puccini’s masterpieces from La Bohème to Manon Lescaut, Tosca, Gianni Schicchi. At the opening, the artistic performance by Huma Show Entertainment entitled MAREA REGIA, a contemporary art installation, entirely dedicated to the dock and the seafarers of Viareggio. 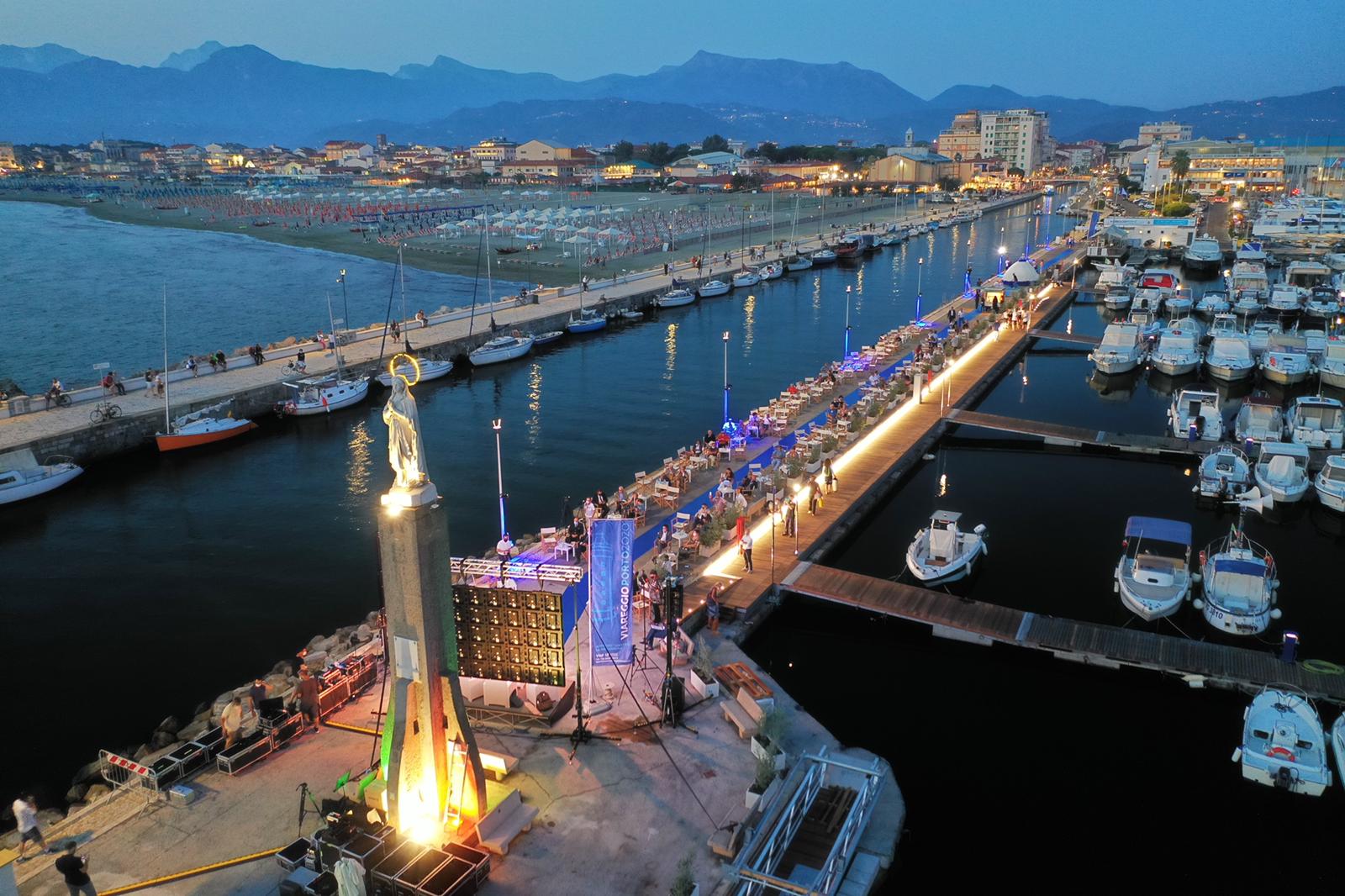